We’ve joined the Angry Birds craze. These little birds are everywhere and we can’t seem to get enough. Today we’re crafting little angry bird yarn pom-poms, crashing down our tower of greedy little pigs. Aren’t they adorable? It’s a super easy craft so feel free to make as many as you want! Takes no time at all to make a whole group of these angry birds and pigs. Your kids are going to love crafting and playing with these angry bird pom poms. What the video below for the full how-to! 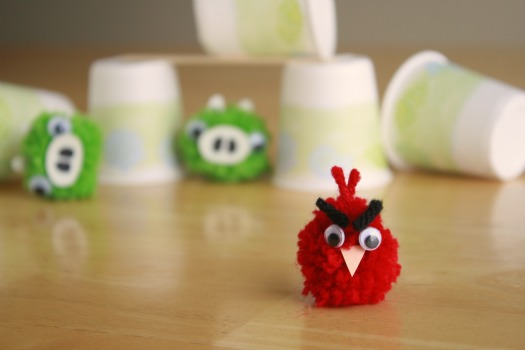 1. Create your mini pom poms with your yarn. There are a lot of ways to make these, but to make them a super small and the perfect size, I used the pom pom tutorial from Meyamo. I printed out her template for winding the yarn around, cutting, and tying. I used the small pattern for the red angry bird and the medium pattern for the pigs. 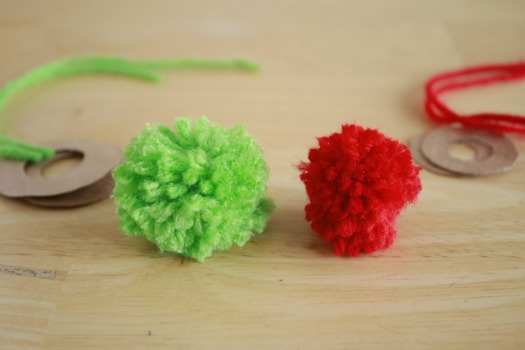 2. Once you’ve got your pom puff balls, add the faces. Glue on googly eyes, cut out paper noses for each and glue those on too. Even little black yarn pieces for the angry bird’s eyebrows. Let these dry. *For the bird, you can leave a little of the “tying” string longer at the top to act as the feathers that stick out on top or just glue an extra piece of yarn on top. 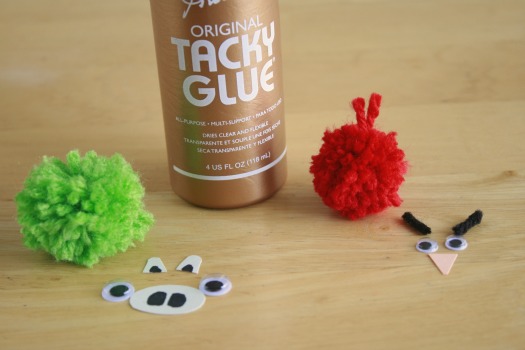 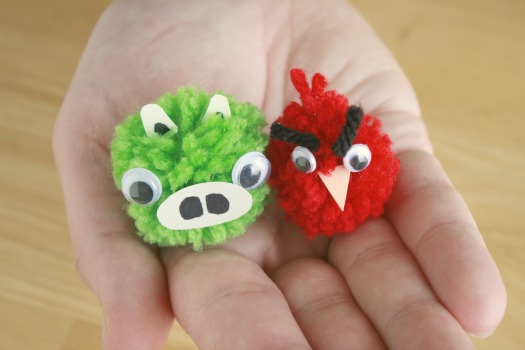 3. Build a tower for the pigs. We used small paper drinking cups stacked in a tower shape. We also used a popsicle stick to leave a little space for the pigs to fit inside. 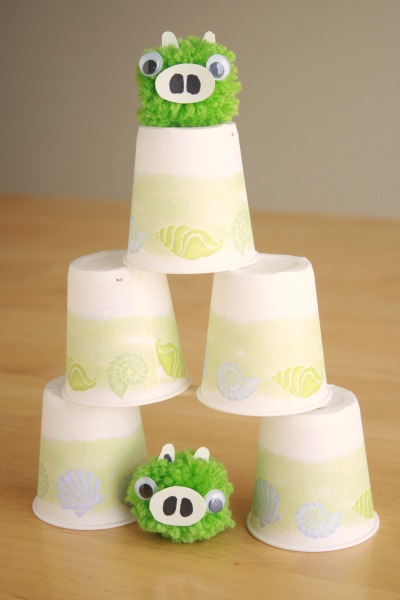 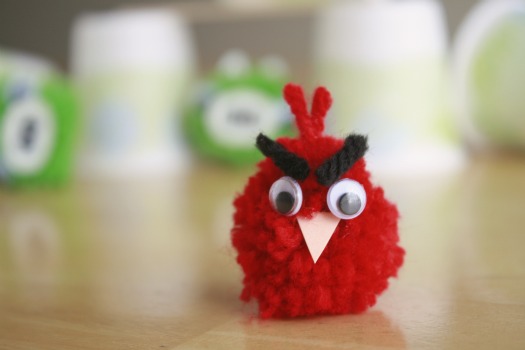 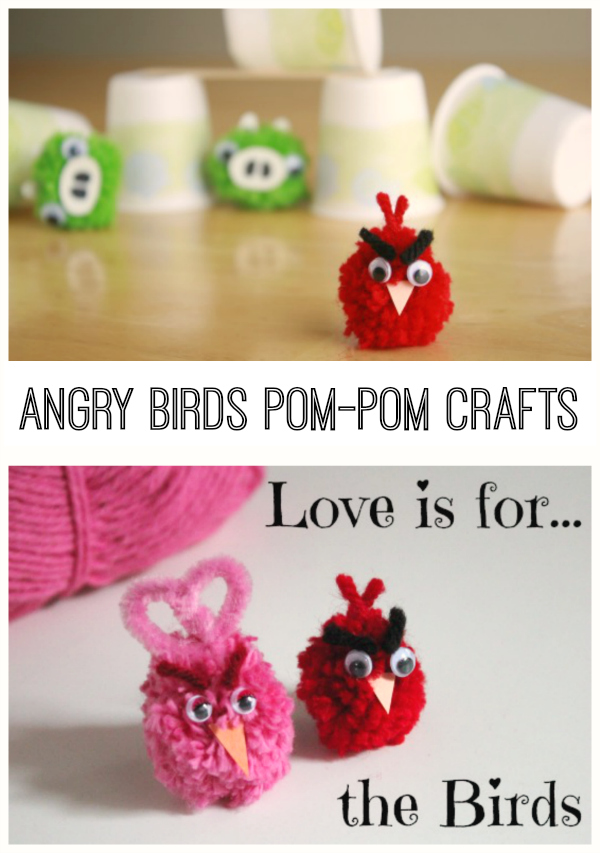 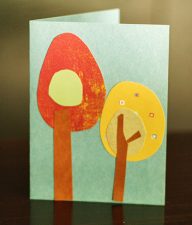 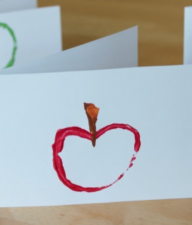 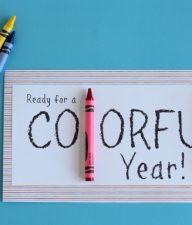 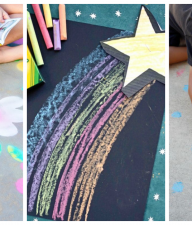