I remember making butter in a jar when I was a kid and thinking it was downright magical. I figured my 5-year-old Cate would probably think it was pretty cool, too. In order to make the project more “sciency,” I decided we would also make whipped cream. By making both you can illustrate how two different treatments of the same substance yield very different results.

I love taking kid’s projects and finding a way to make them edible. Today is no exception. Let’s grab our lab coats and head to the kitchen for some science fun! The kitchen holds great potential for science experiments with kids. Today’s experiment is simple – making whipped cream and butter – and it is really fun and actually quite interesting. All you need is cream, a bowl with beaters and a jar with a lid.

How to: Making Butter & Whipped Cream

With just a few supplies, you’ll have your own edible science experiments the kids are going to love!

I bought 1 pint of cream. We put half of the cream in a mixer and half in a jar with a tight fitting lid. 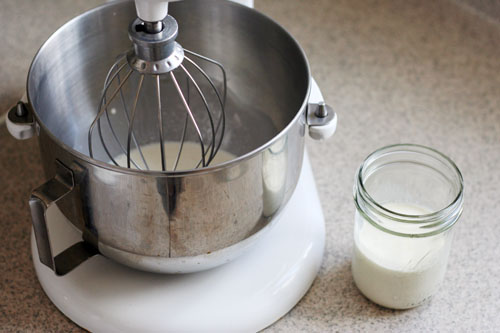 First we beat the you-know-what out of the cream with our mixer. I used the stand mixer so that Cate could be the one to actually turn it on and “make” the whipped cream. I explained to her that when you whip cream, you are adding in air, which changes the texture and makes it bigger and fluffier. 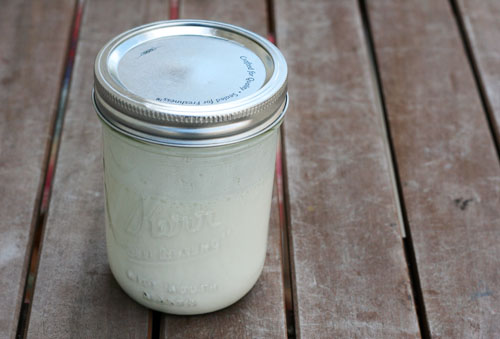 Next we took our jar of cream, put on the lid and started shaking! This is the most fun part of the experiment…especially for the kids. But I will warn you – the little ones tire easily!  Plan on doing most of the shaking yourself. Cate and I just kept trading off, with my shaking turns generally lasting much longer. 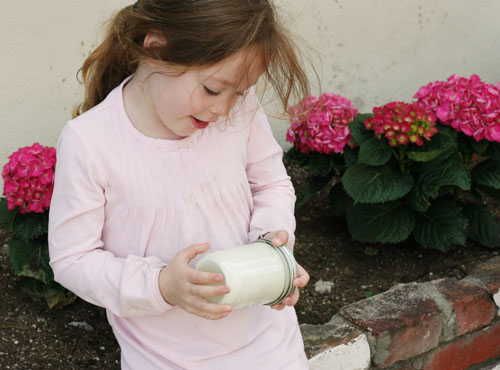 Every five minutes or so we would stop and look to see what was inside. The cream just gets thicker and thicker, while remaining homogeneous. We talked about how our shaking was making the fat in the cream hit and stick to each other. We also talked about how the jar was closed and, unlike the whipping, we weren’t adding any air to the cream.

After about 15 minutes or so the magic begins. Just when you think you simply can’t shake anymore, there is suddenly a giant lump of butter in the jar! It’s very cool! 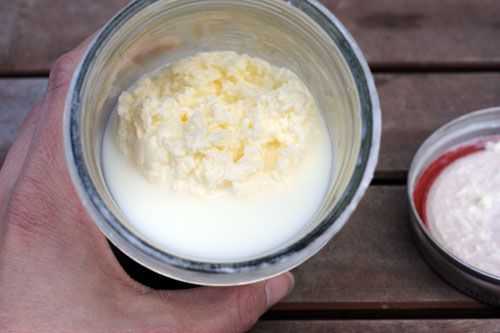 Here are the results! Lots and lots of fluffy whipped cream, compared with a bit of butter and some buttermilk. I think the size difference is probably the most striking observation: the whipped cream and the butter came from the same exact amount of cream! We talked about the difference adding air made versus “smooshing” everything together 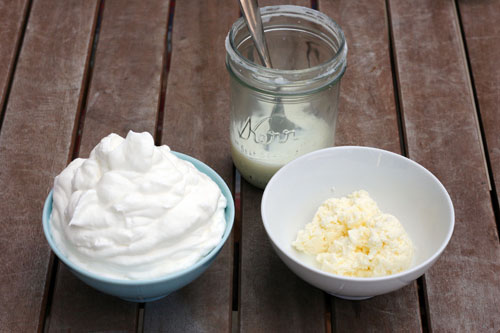 When we were all done and finished talking “science,” we added some sugar to the whipped cream and some salt to the butter.  We then sat down with some strawberries and delicious sourdough bread and enjoyed the fruits of our labors. That’s gotta be the best science experiment ever, right?

In addition to the science, there is a literary and history aspect to this fun project. Cate and I recently started reading the Little House in the Big Woods, the first in the Laura Ingalls Wilder series. We had read about the butter churn and Cate was super excited when I explained we were doing the same thing as Laura and her mother, just in a smaller container. Suddenly, Cate was pretending that we were the ones living in the woods a long time ago. Our science experiment turned into a mini history lesson and a great opportunity to play pretend! 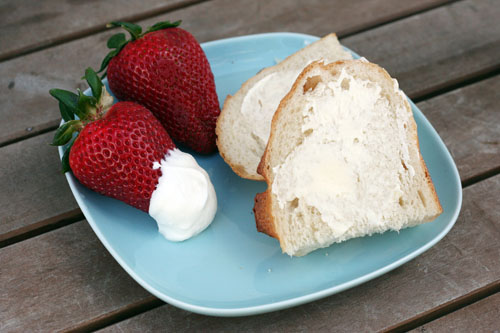 For dinner that night we made buttermilk pancakes with our homemade buttermilk, topped of course with whipped cream and chopped strawberries. The perfect end to a perfect day in the lab! 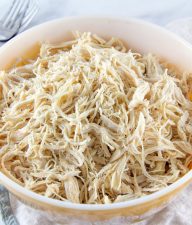 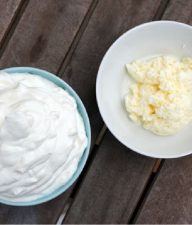 From the Kitchen Little Love Notes for Lunch 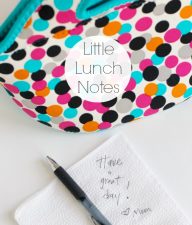 From the Kitchen Get Organized with Weekly Meal Planning 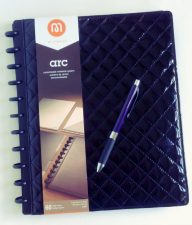