My son turned 6 last week and we celebrated with a Star Wars party.  He eats, sleeps, and plays Star Wars, so it was no surprise he chose this as the party theme. I’m sharing details for Star Wars birthday party ideas, what games we played and the food we ate, as well as ideas for crafts. So many great ways to celebrate your child with Star Wars! 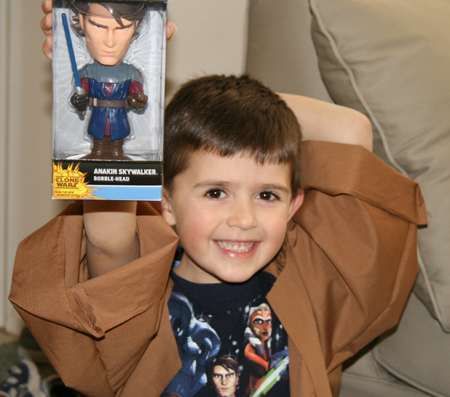 My son and I came up with the words for the invitation, he knows the Star Wars lines better than me. We printed and folded them into cards, adding a couple of stickers to the front, and delivered them to friends.

Invited You Are… on a Galactic adventure… with (Child name) On Saturday, January 17th, You’ll take part in your Jedi Training. Your mission will be to rescue and protect Princess Leia, as she has been taken prisoner by Darth Vader.After Galactic Pizza and Yoda Sodas, we’ll be fighting to destroy Darth Vader & the Death Star, using your Jedi force powers.Please bring your Jedi lightsaber to aid you in your mission. Then after sufficient training, you will be awarded with your official Jedi Robe. May the force be with you!

Each child was awarded a Jedi robe when they entered the rebel ship (house). I made 7 of these, yes 7! You could make these using a robe pattern, but I found an easy to follow Jedi Robe guide to use when cutting and sewing, and it worked great. That website has measurements for adults, so for kids: each robe use 2 yards of brown cotton fabric. I had my kids lay down on the folded fabric and cut their outline, like the instructions say, then added a hood. 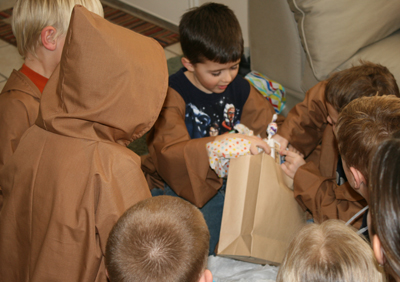 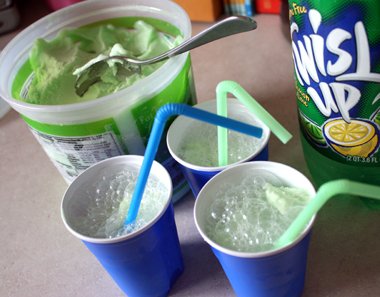 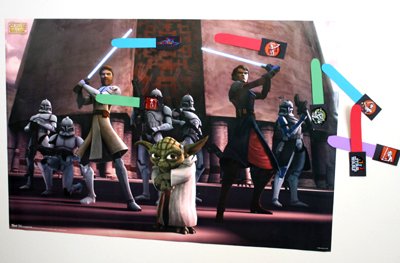 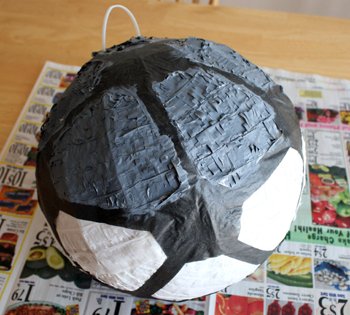 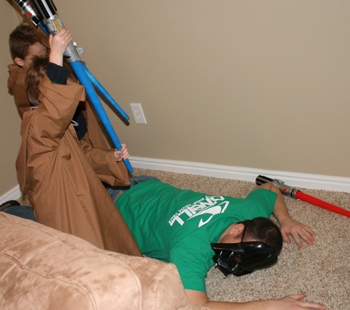 I sent the kids on a treasure hunt to find their gift bags… a Jedi Mission! Included in the bags were glow necklaces, Star Wars stickers, Clone Wars paper masks (from the party store), and some licorice (looks like a red lightsabers!)

Cupcakes are just too easy, so I lined them all up like a lightsaber. 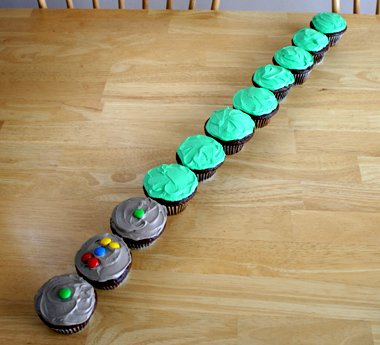 Watch a 20 minute episode of Star Wars Rebels or a Clone Wars cartoons while you wait for everyone to come or as parents come to pick them their galactic heroes! 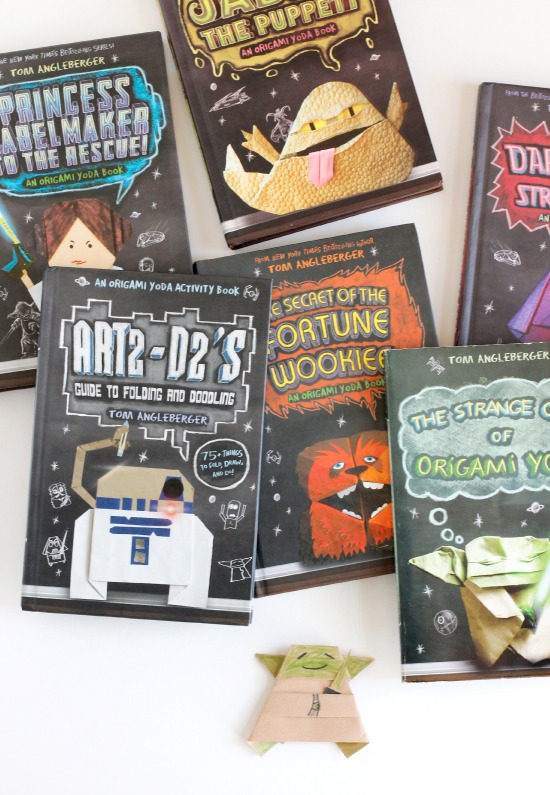 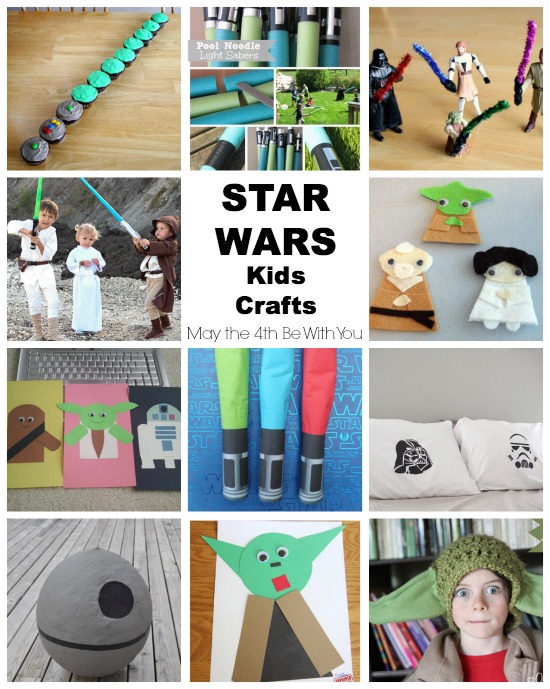 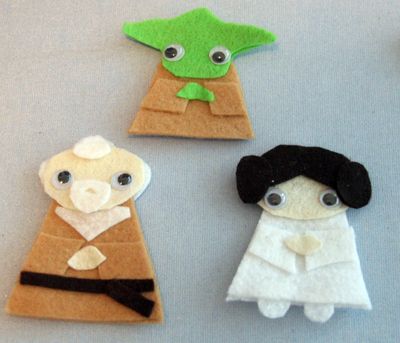 Hopefully some of these will help for your next Star Wars birthday party ideas! 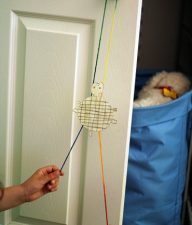 With the Kids Painting Rainbows With Q-tips 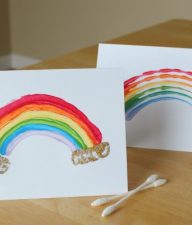 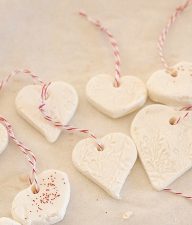 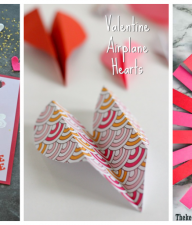 From the Kitchen Salmon Pasta with Sundried Tomato Pesto
This site uses cookies to ensure that we give you the best experience. For more information please read our privacy policy. Read more.